we live in a world now dominated by the internet. We use it for almost everything, socialising, googling, business ,gaming.

Today im here about gaming,and how retro is better. I like my games but recently i have stopped playing them. I found i wasnt enjoying them anymore. My xbox is constantly disconnecting my ( new, i have bought 3 of them.the consoles defective) wireless pad. When I turn it on after a busy week,fancying a go on something, theres either a massive update to the console or said game. (Whats the point!!) By then i end up putting netflix on. I have a ps4 but the servers feel like there constantly down, Rendering most games useless. They either wont play or half the games online,or needs online to work. I had no internet for a bit recently and i realised how useless new technology can be. Most my film collection is online on the play store or netflix..( no internet no film) my virgin tv box needs internet for some of it to work!! I actually ran out of blu rays to watch ( first world problems i know ) point is the worlds going online and what the hell do you do when it goes down?,do they think of that stuff? Surely there needs to be a balance so were not over reliant,so we dont end up like cavemen.

The point of this ranty blog. My son used to have my ps2 in his room for a dvd player ( and spyro of course ) hes recently swapped it for the wii u ( mario and zelda is better apparently..i get it son) so this being during the great internet drought of 2018 ( over dramatic..wait for the gif ) i hooked the ps2 up to my bedroom tv,to my surprise I found i was enjoying gaming again. Gaming without the micro transactions ( its a plague on games) or dlc! ( Full games broken up an sold in pieces) you buy a ps2 game, its the full game the full experience. You plug in and you just play it was bliss!. I even went to local trade in store to pick up a pile of beauty games for under a tenner! However i will say graphics changes aside,i appreciate the controls of new games alot more ( try playing agent under fire or nightfire now,its a head fart ) 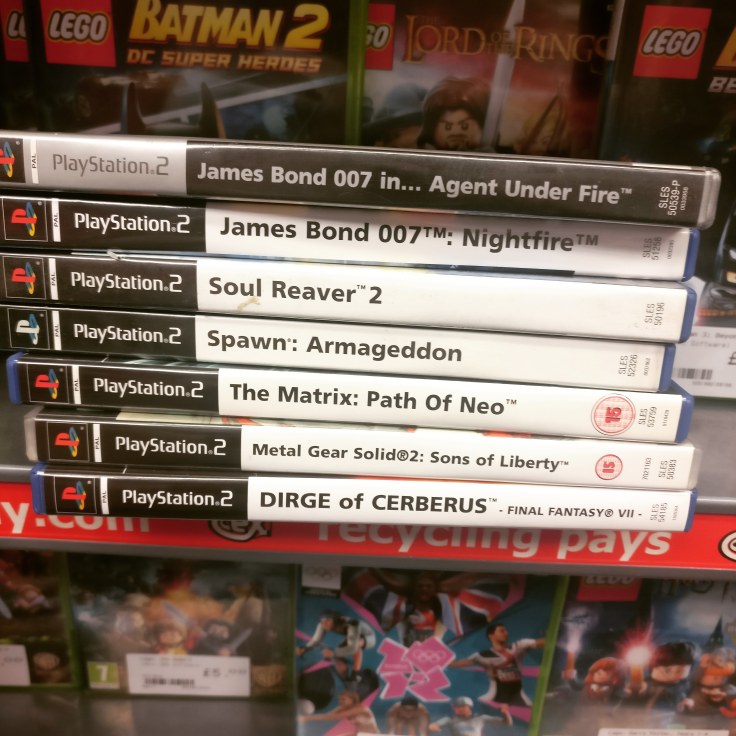 I just worry as great as internet is,an over reliance on it could be a bad thing. We need our kids to play outside. We dont need cars that drive themselves or houses locked and run by wifi. Some things like sitting down an playing a game should just be kept simple. Life needs a bit of elbow grease. Now that said im off to bed to watch some netflix..and play games on my phone..argg heres to 2019 ( seriously this years flying!! )